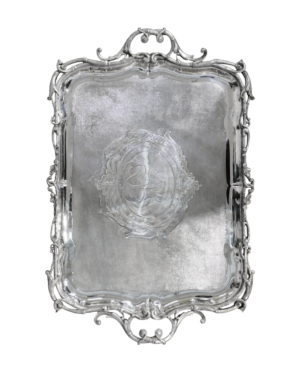 The quality of execution of this ceremonial tray in silvered bronze Napoleon III makes it a refined object. It highlights the mastery of the decorative arts by the craftsmen of the 19th century. It is an important piece made in the workshops of the Maison Armand Frénais Orfèvre from 1877 to 1927 in Paris.

The platter in silvered bronze Napoleon III period, is a fine example of the technical mastery of French goldsmiths in the 19th century. The format, out of the ordinary, highlights the engraving work and the central decoration of stylised leaves and palms. In the centre of the oval motif are the initials of the patron of this silver bronze Napoleon III ceremonial tray. The bottom of the tray is finely guilloché. Around its circumference, interlaced branches flare out on either side to form the handles. On the back the punches are those of the goldsmith : Armand Frénais.

Good condition with wear and tear.

Indeed, the quality of execution of this platter in silvered bronze Napoleon III period makes it a refined object. It highlights the mastery of decorative arts by craftsmen of the nineteenth century. It is an important piece made in the workshops of the Maison Armand Frénais located at 6, bd Richard Lenoir in Paris. Goldsmith from 1877 to 1927 in Paris, Armand Frénais is a direct competitor of Christofle. He shares with it the attention to detail and the elegance of tableware. The large size of this ceremonial tray is intended for a bourgeois clientele of the capital during sumptuous receptions.

The excellence of French tableware is exemplified in this silver bronze Napoleon III platter by Armand Frénais. It will interest a large number of refined collectors of the decorative arts of the 19th and 20th centuries. This fine example of technicality and elegance will find a buyer among an international clientele. For entertaining with friends and relations, this Napoleon III-style silver bronze ceremonial tray is a sign of opulence and refinement.

This ceremonial tray by Armand Frénais is a major piece that will highlight the elegance of the tableware of previous centuries. 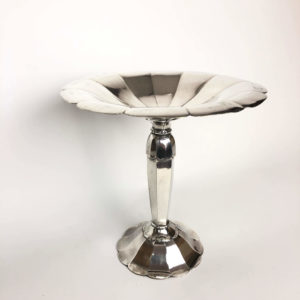 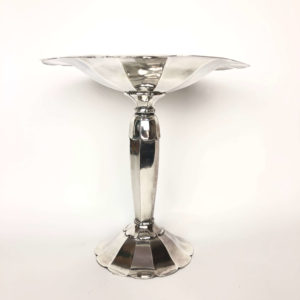 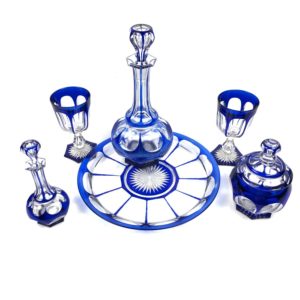 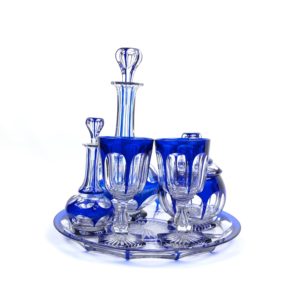 Baccarat crystal service one to one – XIX° century 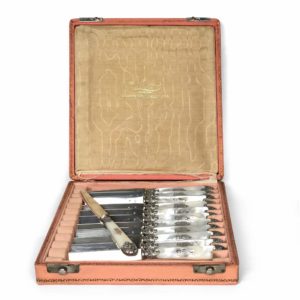 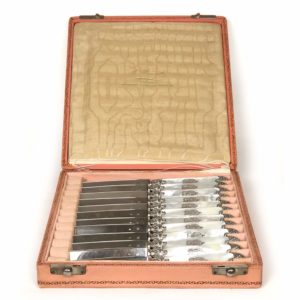 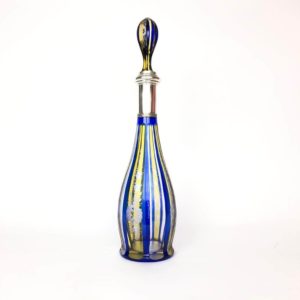 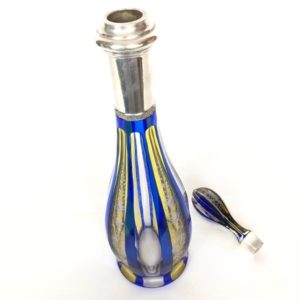