This beautiful symbolist lamp with clown’s head is representative of the 1900 spirit. The base consists of the clown’s head with its collar. The bronze lampshade is based on the motif of the butterfly already on the terrace.

This beautiful symbolist lamp with clown’s head is representative of the 1900 spirit. The base consists of the clown’s head with its collar. The bronze lampshade is based on the motif of the butterfly already on the terrace. It should be noted that the whole is electrified. In addition, the more modern installation allows it to be used regularly. Our symbolist clown-headed lamp has a double patina. One silvered on the base, while the arch holding the lampshade and the latter have a gold patina. Thus this double patina gives it a particular refinement. Moreover, by contrast effect this patina highlights the clown’s hilarious smile.

Good general condition, high decorative value and originality of the representation of a Clown.

It is interesting to note that this symbolist lamp is made up of a single piece, as there is no addition such as screws or rivets to connect the lampshade to the base. This technical feat makes it a specific part far from mass production. We can think that it is a command for the clown represented on the base. It is probably the portrait of a clown who worked in Paris from 1892 to 1896. Indeed, a famous clown of the time had his stage costume named “bag” decorated with butterfly motifs.

This lamp with a symbolist character deals with an unusual subject: circus arts in a noble material: bronze. At the end of the 19th century, symbolism inspired many artists. This beautiful clown-headed lamp is linked by its dreamlike evocation to the symbolist movement. This period is highly appreciated by buyers from different continents and gives it an international dimension. Therefore, the subject of the Laughing Clown may be a plus for collectors because it is in many countries a sign of success in what we do.

Whatever the interior in which the buyers live, originality and technical mastery are essential criteria. The very beautiful bronze lamp with clown head that we present to you corresponds to the search of many lovers of contemporary art. Moreover, its specificity makes it a unique piece, it will attract beyond generations all those who want to stand out… from the conventional trends of decoration. 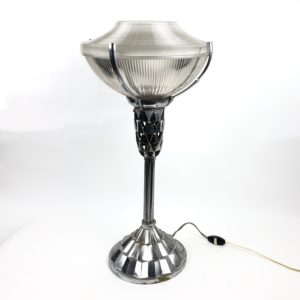 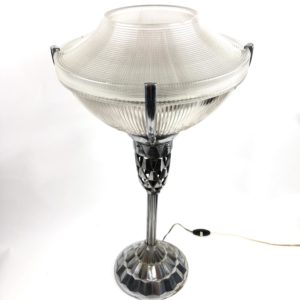